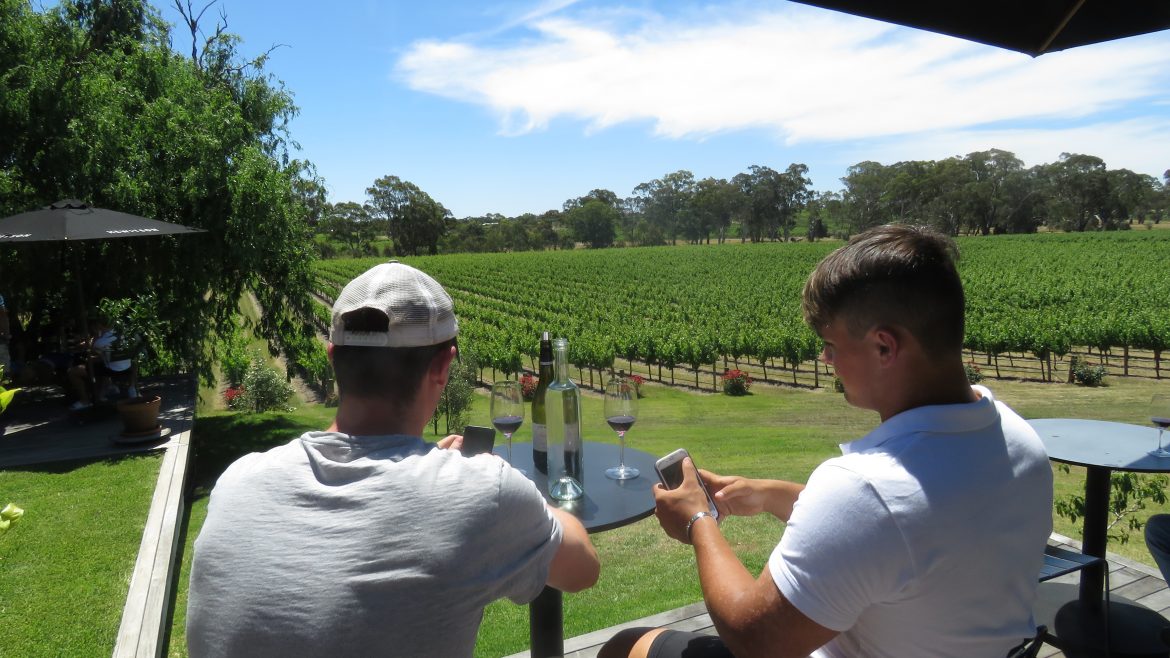 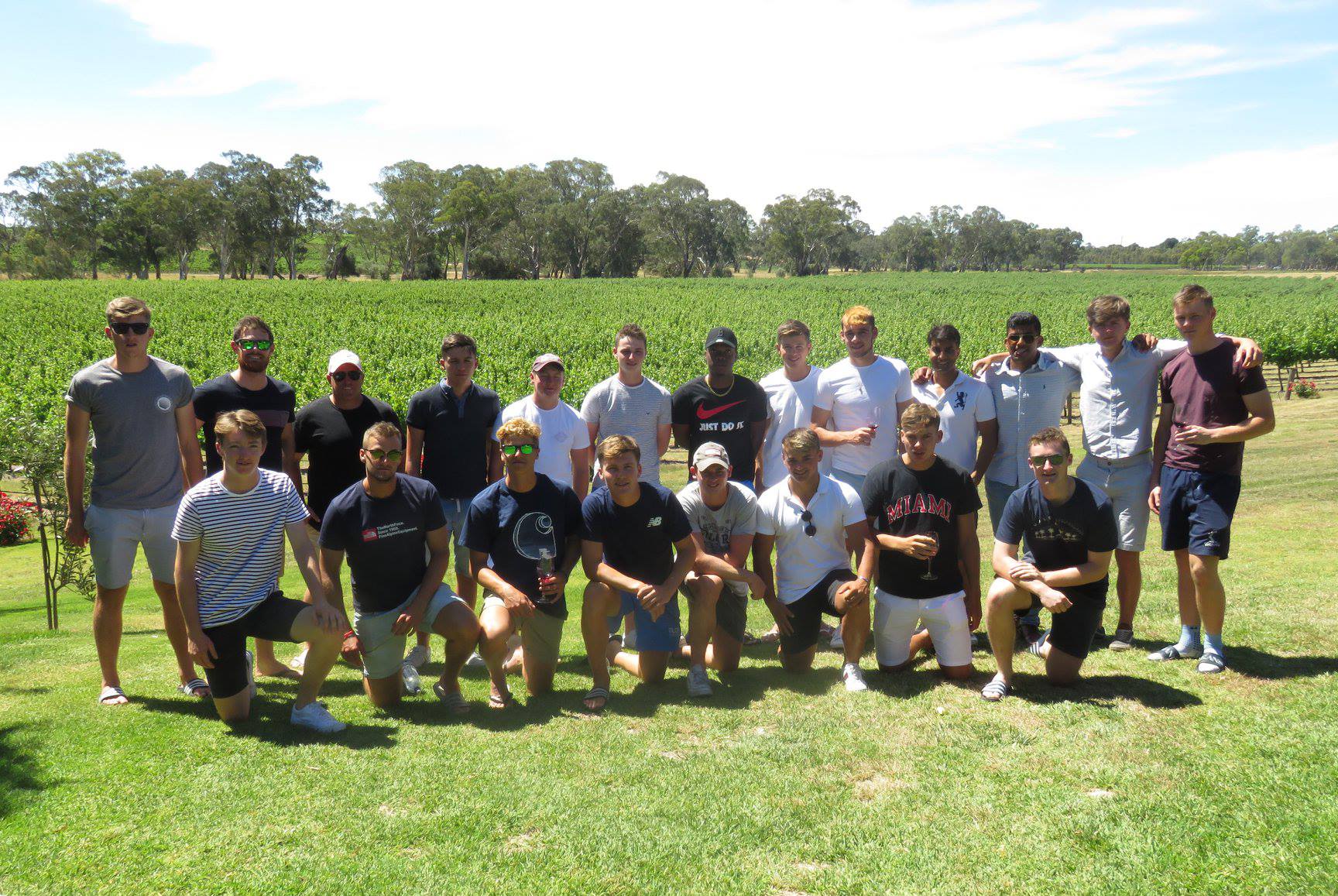 After months of training and playing in the Adelaide metro region, it was time for the players to adventure outside the city and explore the country. What was an action packed day, the DLCA held an internal T20 in Nuriootpa, followed by a wine tour in the world renowned Barossa Valley.

The team line-ups for the first internal hit-out for the season were packed full of talent, reflecting a mix of players across the world. Due to time restrictions, players could only face a maximum of 20 balls at the crease and could not bowl more than 4 overs.

The match started off with a bang, as Team 1 lost the toss and were sent in to bat. Tim Rouse (22) quickly set the precedent and showed why he is a dominant force at Bath and Somerset, establishing a top order partnership with Charles Clist (19). The partnership was soon broken with two quick wickets from Raff Hussey.

Alex Eckland (20) and Matt Stiddard (22) were impressive with quick-fire scores, launching sixes out of the picturesque country ground. However, it was Joshua Bishop who represents Barbados Pride and West Indies U19 that stole the show with 49* from 20 balls. Bishop launched them all over the ground, displaying his class whilst sweltering through the heat. However, his determination to reach a half century saw an unlucky Sam Beadsworth (3) be run out.

Team 1 finished with a commendable total score of 6/191. The score was going to require a huge effort from Team 2 to chase it down, with Raff Hussey most likely regretting his decision to bowl first.

Martin Andersson from Middlesex came out firing for the chasing team, piling on 47* from his 20 balls with Tommie Pregden (15) at the top of the order. Hope was not lost for Team 2, however a superb run out quickly ended Kieran Gray’s day (1) and began a lower order collapse. Olly Nathanson (3) put one in the air from a terrific spell from Jack Pearson and Ned Dunning (7) failed to get going.

Mahaaz Ahmed from Barnards Green CC steadied the ship with an impressive top score of 59 from his innings, however it was not enough to get them over the line, finishing with 8/176. Coaches for the day Mark Harrity, Mark Cosgrove and Peter Muggleton were delighted with the showcase, however the match also exposed aspects of the game for individual players to work on at training.

After an impressive match displaying some world-class talent, the group were excited to explore the Barossa Valley wine region, with multiple impressive wineries in the vicinity. First stop, Hewitson Wines.

Upon arrival at Hewitson’s, the group were extremely impressed with the breathtaking views of the vineyard. The lovely cellar door staff showcased all that was on offer at the family run winery and for many, it was their first time learning about how tannin and acidity are crucial components of wine. After experiencing tastings of various reds, whites and a rose, it was time to move on to Whistler Wines down the road.

Treated to another private tasting session, the team at Whistler set up a gorgeous picnic area in front of the cellar door. With summer tunes playing away and the wineries border collies running around, the group were again treated to another set of beautiful wines. A huge thank you to the team at both Hewitson’s and Whistler for accomodating the DLCA and we look forward to returning again with next summers intake of High Performance Program players.